Sunny Hostin on the Bold Career Move She Made at 28 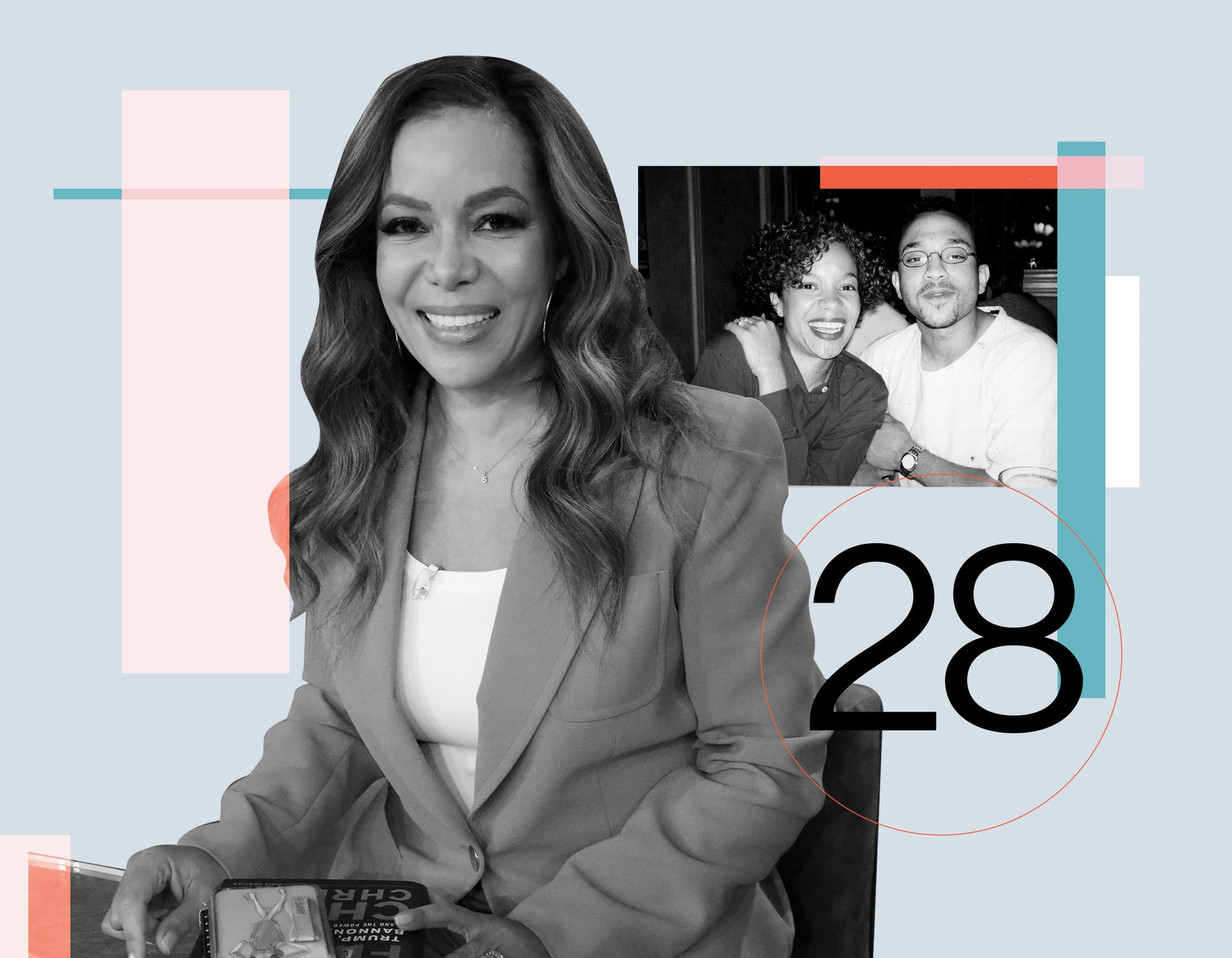 In Bustle’s Q&A series 28, successful women describe exactly what their lives looked like when they were 28 – what they wore, where they worked, what stressed them out most, and what, if anything, they would do differently. This time, The View co-host Sunny Hostin reflects on how 28 was both a tumultuous and transformative year for her as a young trial lawyer living in Maryland.
by Princess Gabbara

Since March, Asunción “Sunny” Hostin and her co-hosts Whoopi Goldberg, Joy Behar, and Meghan McCain have been filming episodes of The View using iPhones, which she describes as both seamless and abundant in bloopers. While she misses interacting with the crew and live audience, working from home means more bonding time for her family.

“[Quarantine] brought our family closer together,” Hostin tells Bustle. “I co-host The View and then I was doing 20/20, GMA, and Night Line. My husband Manny, who’s an orthopedic surgeon, would leave to see patients early, so he was out of the house at 6 a.m., then my kids are athletes so we were like ships passing. We started new traditions like family game night, which got real competitive.”

The Emmy-winning journalist is also currently celebrating the release of her memoir, I Am These Truths: A Memoir Of Identity, Justice, and Living Between Worlds (available in English and Spanish on Sept. 22). The book takes readers through Hostin’s upbringing as a biracial woman — she was raised by a Puerto Rican mother and Black father in the south Bronx — as well as how her experiences as a federal prosecutor impact her as a broadcast journalist. Hostin says she didn’t think she had enough of a story for a memoir at first, but thanks to encouragement from her agent and Supreme Court Justice Sonia Sotomayor, she began writing.

“I learned that I am more resilient than I thought I was,” Hostin tells Bustle. “When I had [the memoir] in front of me, I constantly had these moments when I realized, ‘Wow, this experience was not great. That was a failure, but I turned that failure into a lesson,’ which is an important tool.” One of those tough times was at age 28, when Hostin felt stuck at a law firm that wasn’t treating her well. To make matters worse, a co-worker she was dating ended up bad mouthing her to the company. But it was also the year when she met her husband Manny at a bagel shop a couple blocks away from her apartment.

Below, Hostin, now 51, shares what she learned about overcoming the fear of failure, why her focus has shifted toward more behind-the-scenes work, and how she learned to bet on herself.

How were you feeling about your life and career when you were 28?

SH: It was a tumultuous time. After graduating from Notre Dame Law School, I landed a prestigious clerkship in Baltimore, then left to work for a law firm and hated it. I was the only Black associate, and they hated me because I was outspoken. They treated me as if I wasn’t top tier. Everyone else got better assignments and got invited to play golf and participate in other outings, so it was a slap in the face.

Where were you living at the time? Describe what your house or apartment looked like.

SH: I purchased a tiny brownstone in Federal Hill, Baltimore. You would actually hit your head when you walked up the stairs to the second floor. I decorated it with Ikea furniture that I assembled myself. Manny basically took my furniture apart, put it back together the right way, and proposed to me in my brownstone.

What’s the boldest decision you made at 28?

SH: The firm’s partner asked me to put together a trial notebook. I did it the right way, but he said it was a piece of crap and then he threw it at me. He screamed at me, I screamed back. I remember thinking, “I’m going to lose my job.” I got a bad evaluation and was transferred out of the group, which resulted in me working low-level cases. I made the choice to take the Maryland bar exam — and not just the New York one, where I was from — to give myself extra leverage and more power.

Have your goals changed since you were 28 and if so, how have they evolved?

SH: People know me as a legal analyst and now as a co-host on The View, but there’s power behind the camera, so I also produce a lot of projects, including Investigation Discovery’s The Truth About Murder. Not only do I have the power to report on television, I have the power to create and to employ. For instance, my college best friend is one of my partners for my production company, Blue Cochin Productions. My dreams have evolved because I’m now in a position to be able to help other talented, deserving people.

Is there anything that you would’ve done differently?

SH: My dream was to become a broadcast journalist, but my mom freaked out because it was a non-linear career path, so I didn’t pursue it. I was afraid of failure, and I needed to make sure that my parents didn’t sacrifice for nothing. If I could do it over again, I should’ve believed in myself more because I’m a hard worker and I’m smart. I didn’t have to follow these tried-and-true paths to become who I am today. I spent a lot of time in my twenties gauging what other people thought was the right thing for me to do when my compass was always right. No one does you better than you do because we’re all originals.

This interview has been edited and condensed.

This article originally appeared on Bustle.com.