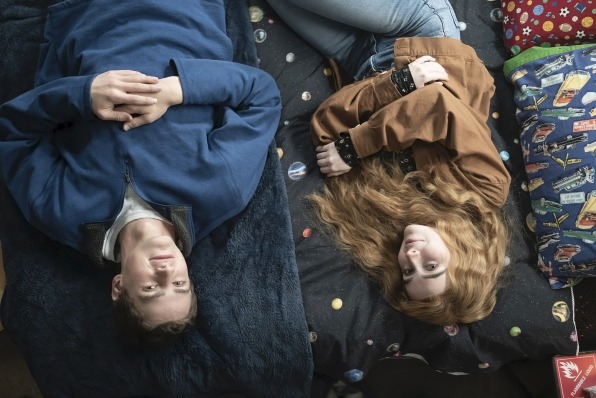 Clouds Is More Than a True Story for Director Justin Baldoni 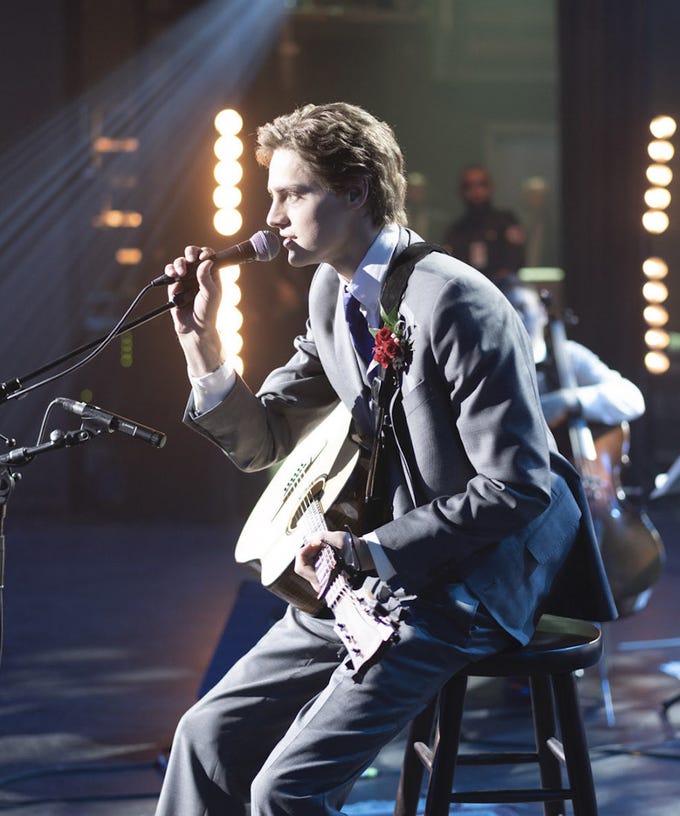 At the end of the new Disney+ movie Clouds, real home movie footage of Zach Sobiech and his friends and family plays through the credits. It’s a chance to see how many of the moments in the film were lifted right from Sobiech’s life. But Clouds is even more accurate than viewers may know, because director Justin Baldoni made sure of it. He tells Refinery29 that he’s close with the family and was dedicated to telling their story in full.

The movie follows the final year of Sobiech’s life as he deals with a bone cancer called osteosarcoma. The real Sobiech passed away in May 2013, but not before achieving his dream of creating and playing music with his best friend Sammy Brown. And not before meeting Baldoni who would go on to tell his story in this movie.

Baldoni first met Zach when he directed Zach’s episode of the YouTube series My Last Days. “He became like a little brother to me, and I became so close to him and his family,” Baldoni says. “Before he passed away, I was FaceTiming with him … and I made him a promise. I told him that I would do whatever I could, whatever was in my power to continue telling his story and to make sure that the world knew his name and listened to his music.”

The director made good on his promise seven years later with the release of Clouds, which is based on the memoir written by Sobiech’s mother Laura Sobiech.

While using his mother’s words was key to capturing Sobiech’s story, Baldoni also used the singer’s actual belongings to add a sentimental touch. “We shipped half of his room from Minnesota,” the director says. “Those are Zach’s real props and toys and trinkets that are all around his room. It’s his real bedspread.” Argus used Sobiech’s real crutches and oftentimes wore his clothes — including the red plaid shirt that Sobiech wore when recording “Clouds” for the first time. “Because Zach wore that shirt, the energy transfers onto Fin and then, I think, through the camera,” Baldoni says.

Baldoni says that while the essence of Zach’s struggle with cancer as seen in the film is true to life, a few moments and characters were embellished to fit the format. One big change was the movie’s concert/prom/graduation at the end, where an exhausted Zach (played by Fin Argus) is unable to sing any longer and watches the audience finish the lyrics for him.

In real life, Sobiech’s farewell concert came a few months before his death, not weeks, and he was able to perform in full.

“Zach didn’t get a chance to see the world sing his song back to him in the way that he could’ve if he would have lived another month,” Baldoni says, referring to the fact that Sobiech’s single “Clouds” reached number one on iTunes in the hours after his funeral.

The scene also allowed Baldoni to highlight the community of supporters that Sobiech had throughout his journey, and that his family had after his death. He put 70 of Sobiech’s real friends and family in that concert scene to sing the rest of the song, and the first voice that joins in is that of the real Sammy Brown, Sobiech’s singing partner in the band A Firm Handshake.

“There were so many endings that really happened that would be beautiful on screen,” Baldoni said of the decision to combine the concert with prom and graduation. “So I told Laura, ‘Hey, what do you think about combining all of these into one? And she loved that idea. So that’s what we went forward with.”

In fact, Baldoni consistently sought Sobiech’s family’s advice while making the film. “It was important that they knew that they had a voice in this, even if contractually, they maybe didn’t,” Baldoni says. “I was their advocate. So when I showed them early drafts of the script, if there was something they didn’t like, I changed it — even if the studio that we were working with didn’t want to change it — because that’s what was right for the family … They were always the priority to me.”

All of the advocacy paid off, it seems. “When I showed Laura and Rob [Sobiech] the movie, they watched it five times in a row. And Rob told me he’d never been happier, because he felt like he got a chance to know his son again.”

It’s clear that means the world to the director, who felt intense pressure to honor Sobiech and his family. “Zach was my friend and I love him. And I continue to love him … and I had to get it right.”

This article originally appeared on Refinery29.com.