Hiram Garcia’s “The Rock: Through the Lens” Book Launch

Dwayne Johnson Opens Up his Life to Fans in Hiram Garcia’s New Photo Book: The Rock – Through the Lens

Dwayne “The Rock” Johnson‘s longtime friend and producing partner, Hiram Garcia, is giving his fans a glimpse at the actor’s life behind the scenes.

With his new photography book, The Rock: Through the Lens: His Life, His Movies, His World, Garcia, who is President of Production at Johnson’s Seven Bucks Productions, had originally planned to put together a photo book as a personal gift for the actor.

“As I was doing it, I started assembling all these photos and then created almost a PDF of images,” he tells PEOPLE. “And he was like, ‘Oh my God, look at these memories!’ Because we move so fast. There’s always a bigger story to tell about this journey we’ve gone on for the last 20-plus years and the stories behind those images.” 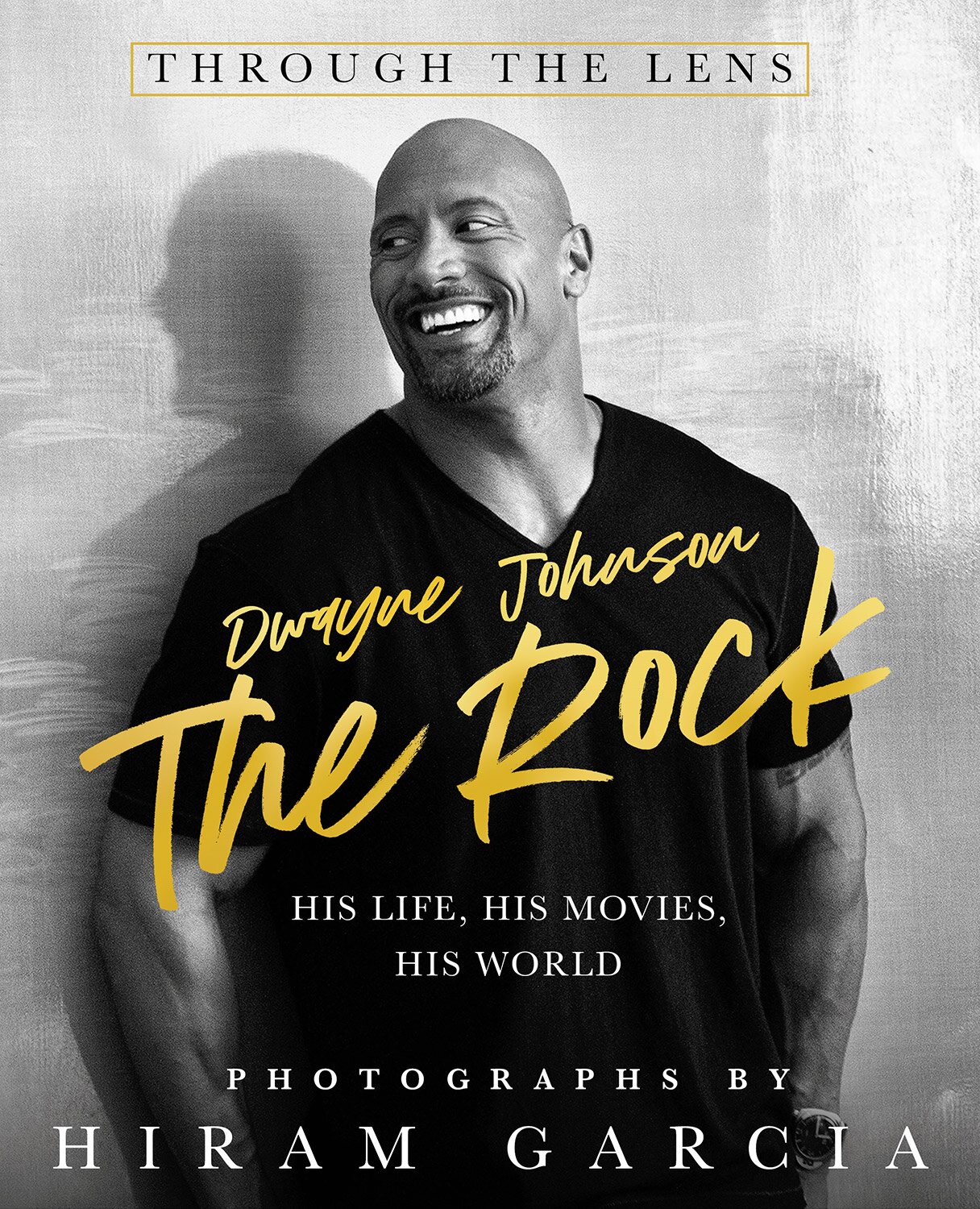 Garcia’s interest in photography was bolstered after he began working and traveling with Johnson.

“I’ve always had a passion for it; I think because amazing photographs always resonated with me,” he says. “As I was starting to achieve this big dream I had of being a film producer, I realized these moments come and go by so fast. How cool would it be to just to be able to take advantage of these moments and capture them?”

From shooting Johnson on movie sets including Baywatch, Jumanji and the upcoming Jungle Cruise to personal moments like the actor practicing with his daughter Simone, 19, who signed with the WWE earlier this year, plus his recent wedding to Lauren Hashian (with whom Johnson shares daughters Jasmine, 4, and Tiana, 2), Garcia whittled down more than 400 images to create the collection — and nothing was off-limits.

“That’s a testament to DJ. He’s an open book, and I think it’s why fans gravitate towards him and why he’s got such a relationship with them,” Garcia says. “He knows if there’s anything tough in his life, sharing it is actually going to help others who are going through it and be an inspiration. So there was never anything that we came across that felt off-limits. It was really open arms.”

Garcia first met Johnson in college through his sister Dany, who co-founded Seven Bucks Production with the actor.

“Knowing him as a teenager, watching him grow, but for us to be so similar in terms of just our desire to do big things, to inspire people, to tell stories, and then to be able to learn so much. Look, I have two amazing sisters, but he’s the brother that I’ve never had,” Garcia explains. “I just learned so much from him in terms of work ethic. You put the work in and things will happen. It’s never going to come easy, but you just keep your head down and grind.”

One of Garcia’s favorite shots in the book is of Johnson on his plane writing the eulogy for his father, Canadian professional wrestler Rocky Johnson, who died in January at the age of 75.

“He was very generous to offer that up,” Garcia adds. “Because again he just said, ‘Anything I go through can sometimes often help others, because we’re all connected.'”

Now Garcia, who is working with Omaze to offer fans a chance to be photographed with Johnson, looks forward to documenting even more moments—both professionally and personally—for his friend and business partner in the future.

“From the journey that we’ve gone on, we’re both from very humble beginnings. We both have had our experiences from no power and no electricity to now we both have no hair,” Garcia says, laughing. “I just feel like we are brothers in every way you could imagine.”

This article originally appeared on People.com.