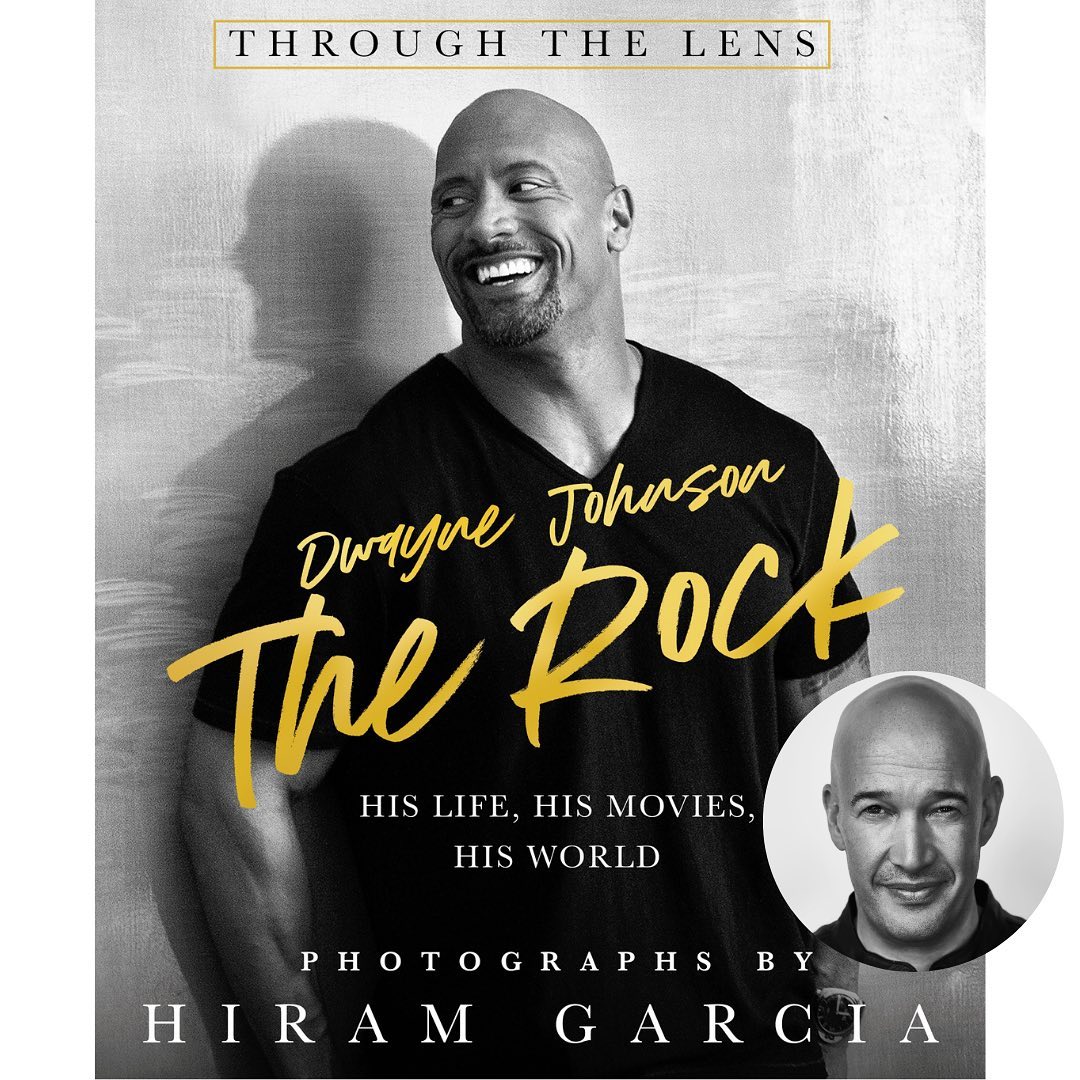 Dwayne Johnson’s college best friend Hiram Garcia is sharing the details behind their longtime friendship in his new book THE ROCK: Through the Lens: His Life, His Movies, His World.
by Vanessa Jackson

Its always a sweet reward when friends turn into family.

Actor, movie star and dad Dwayne Johnson has had a long and successful career over the past few decades, but before he was known as the all-powerful The Rock, he was a faithful friend to Hiram Garcia. They’ve known each other since college, and now Garcia is sharing a close-up look at his friendship with Johnson.

In an exclusive interview with E! News, Garcia shared some fun stories about his pal and talked about his new book THE ROCK: Through the Lens: His Life, His Movies, His World.

“I wanted to be a producer, it is really hard to do. Once the dream started to actually manifest and I was achieving these goals,” he shared about how this project began. “I had always had a love of photography and what better time to finally do these things we love?”

Garcia explained that the initial idea to just snap some photos on location became a way for him to share these special memories with his friend.

“I wanted to do something that allowed me to capture some of these moments and hold on to these memories,” he exclusively told E! News. “It lets you savor the moment a bit as you take these photos and process them. But also, being able to share them with DJ, with family as we were always far apart because we would be gone for months at a time. The process just evolved from a hobby into a profession and really an enjoyable creative outlet for me to exercise different muscles while I’m producing these movies.”

Of course when you are photographing one of the biggest stars in the world, the question of privacy always comes into play. So Garcia knew there were somethings he had to keep out of the spotlight.

“This is one of the great things of having a brotherhood and a friendship like ours. I inherently already know,” Garcia explained of their brotherly connection. “If there was a moment that wasn’t appropriate to have the camera out, I just wouldn’t have the camera out. We are very much in sync and very much cut from the same cloth, so that is never an issue. DJ is very open in how he is with the camera.”

Garcia was also able to capture some of the harder moments of Johnson’s life as a way to help him remember those pivotal times.

“He was very generous in allowing me to put images in the book. Like when he was on the plane writing his father’s eulogy,” he shared. “Those are things we’re going through. I take snaps and give him these moments to hold on to.”

When the photographer realized he may actually have enough photos for a book, his friend was nothing but excited for him to pursue this new endeavor and championed him to go forth and create it. Garcia recalls the best part was having the chance to sit down and look back on all the memories they’ve created.

“You spent all those years working together and you never stop to just reminisce. That was a really special moment,” he said. “When we did that, that’s when we both looked at each other and said ‘You know what, there’s something special here.'”

As for the most important lesson he’s learned from his friend, Garcia says, “100 percent it’s the work ethic. It’s the mentality of ‘with your own two hands is what you need to start to make things happen.’ That work ethic of, ‘don’t stop, don’t give up, and work like there’s no tomorrow’ is something I’ve gotten both from him and my sister. They both work harder than anyone around.”

Scroll on for an exclusive look at some of the best shot’s from Garcia’s book. 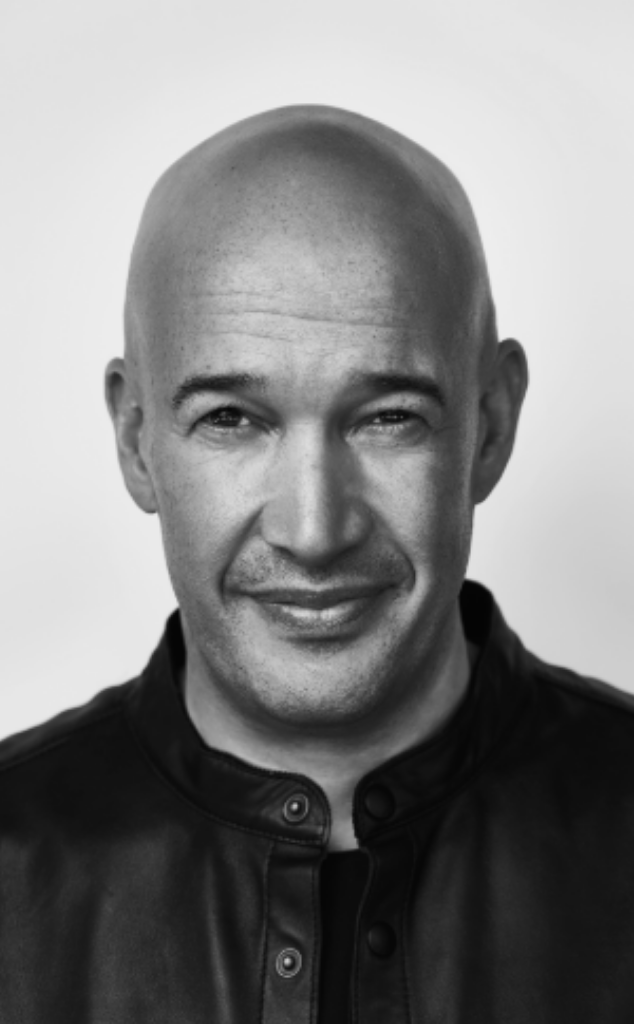 The Man Behind the Photos
Garcia has known The Rock for more than two decades and has snapped images of the entertainer all across the globe. 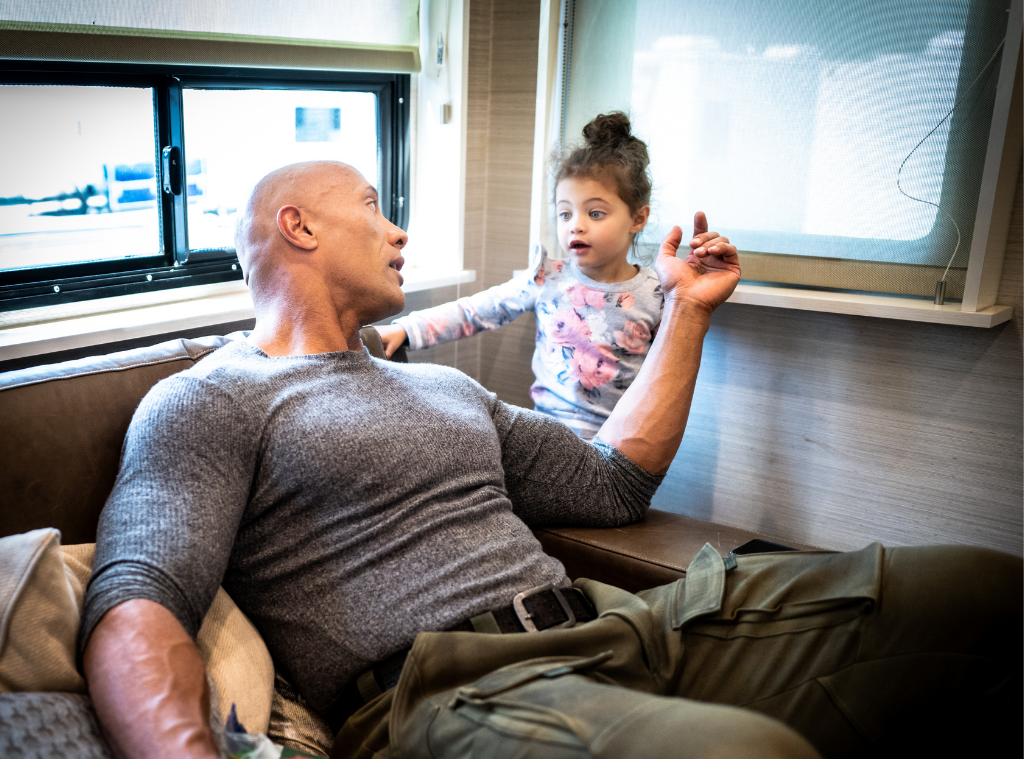 Daddy and Daughter
The father was snapped in candid moment enjoying some time with his sweet baby girl Jasmine Johnson during the filming of Jumanji: The Next Level. 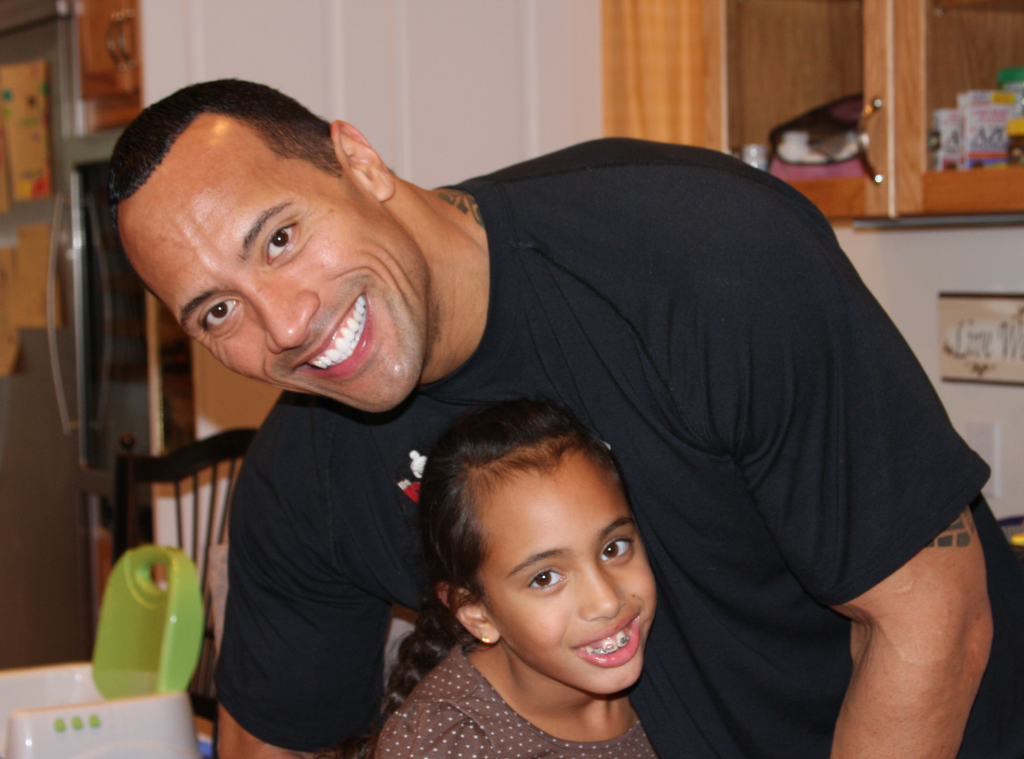 Throwback
Johnson enjoyed some father-daughter bonding with his first born Simone Johnson in their family kitchen. 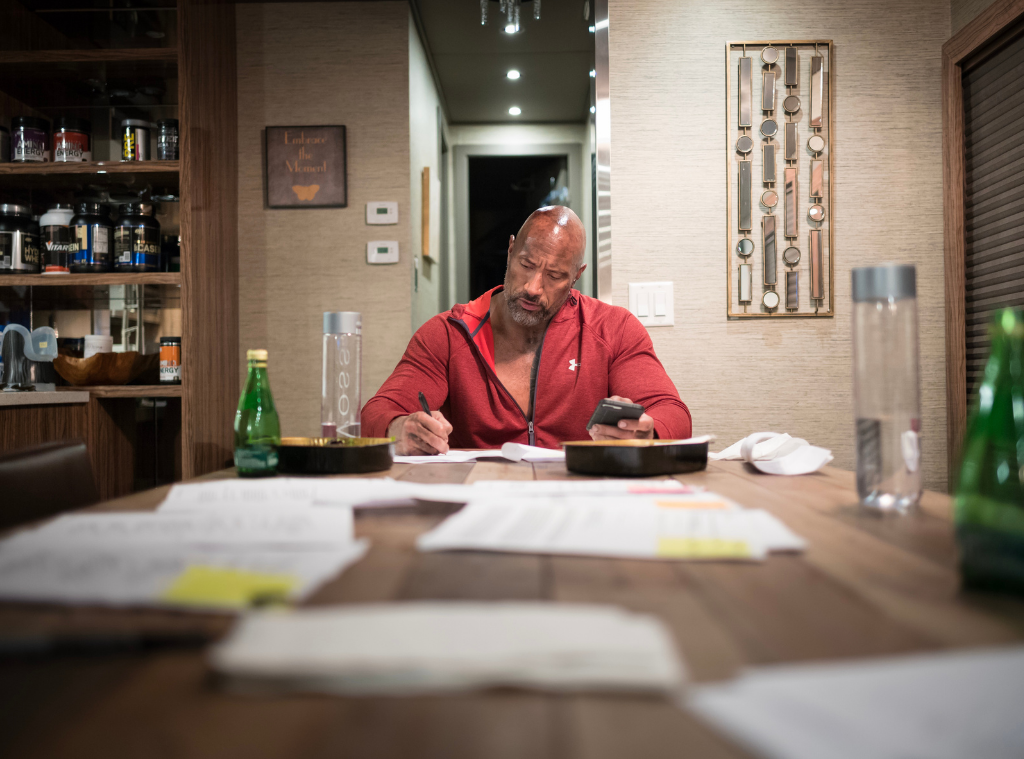 Work Hard, Play Hard
It takes a lot of hard work and grit to get to this level, and Johnson proved it in this picture of him hard at work in his trailer during the filming of the movie Skyscraper. 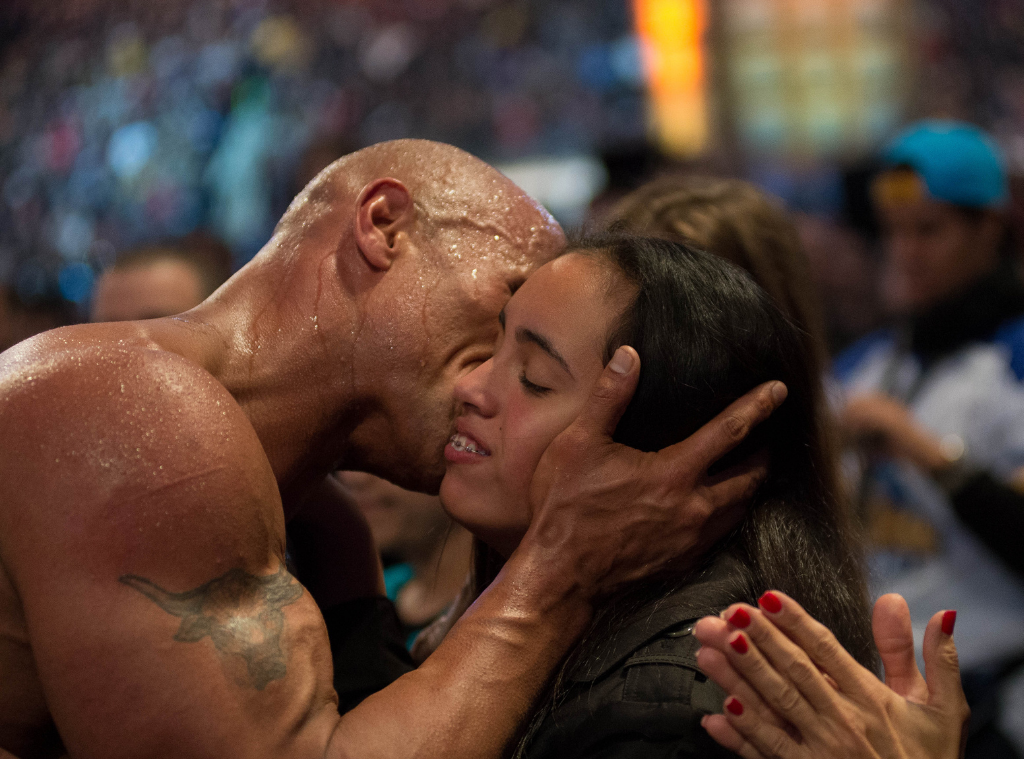 Behind the Scenes
The former WWE wrestler was snapped getting a hug from his daughter Simone after a hard fought match in Miami and winning the world championship belt. 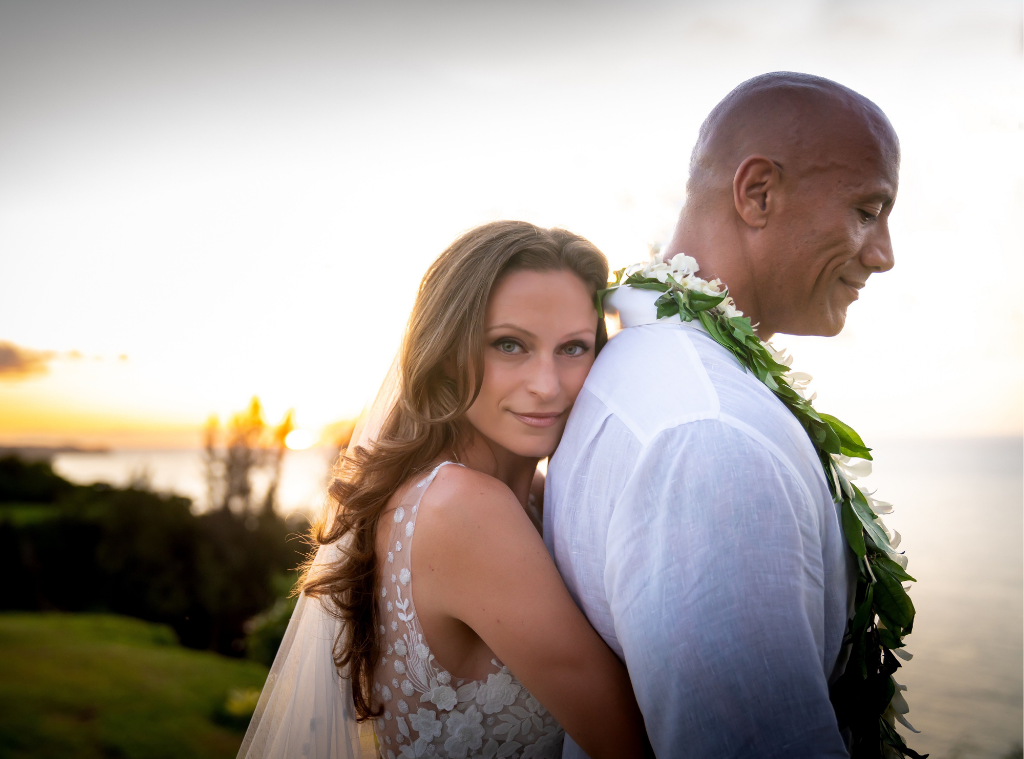 Forever Love
The Rock and his wife Lauren Hashian surprised fans in 2019 when they announced they had quietly wed in Hawaii. 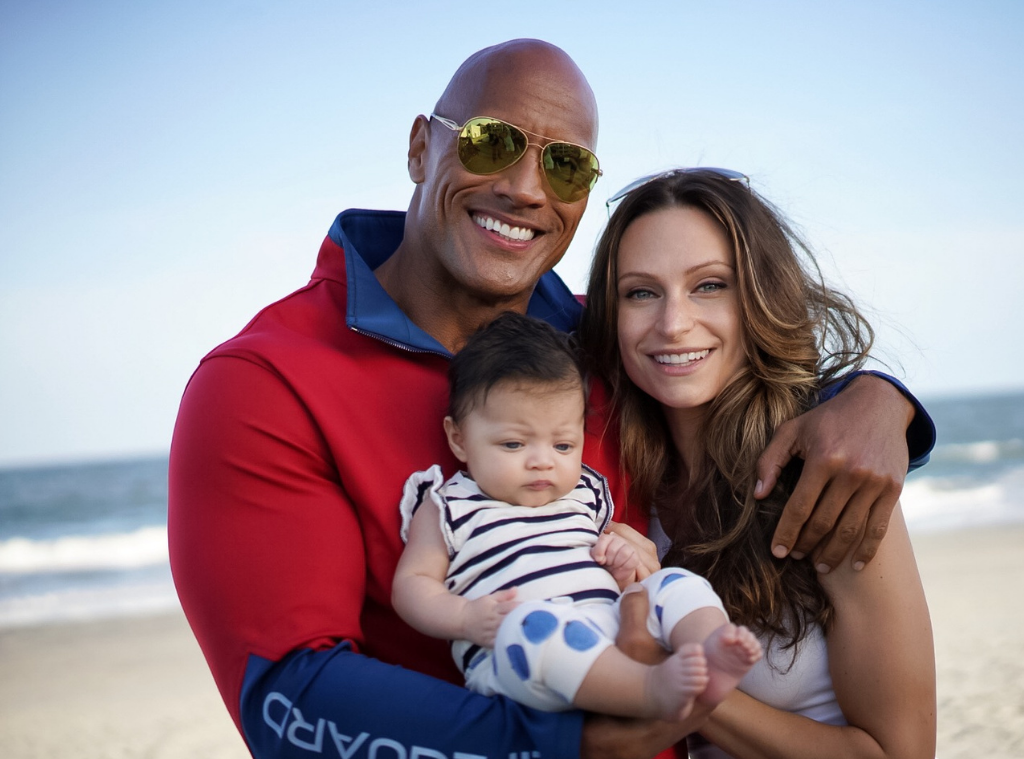 Family Time
The couple posed with their baby girl Jasmine on the set of his film Baywatch.

This article originally appeared on EOnline.com.