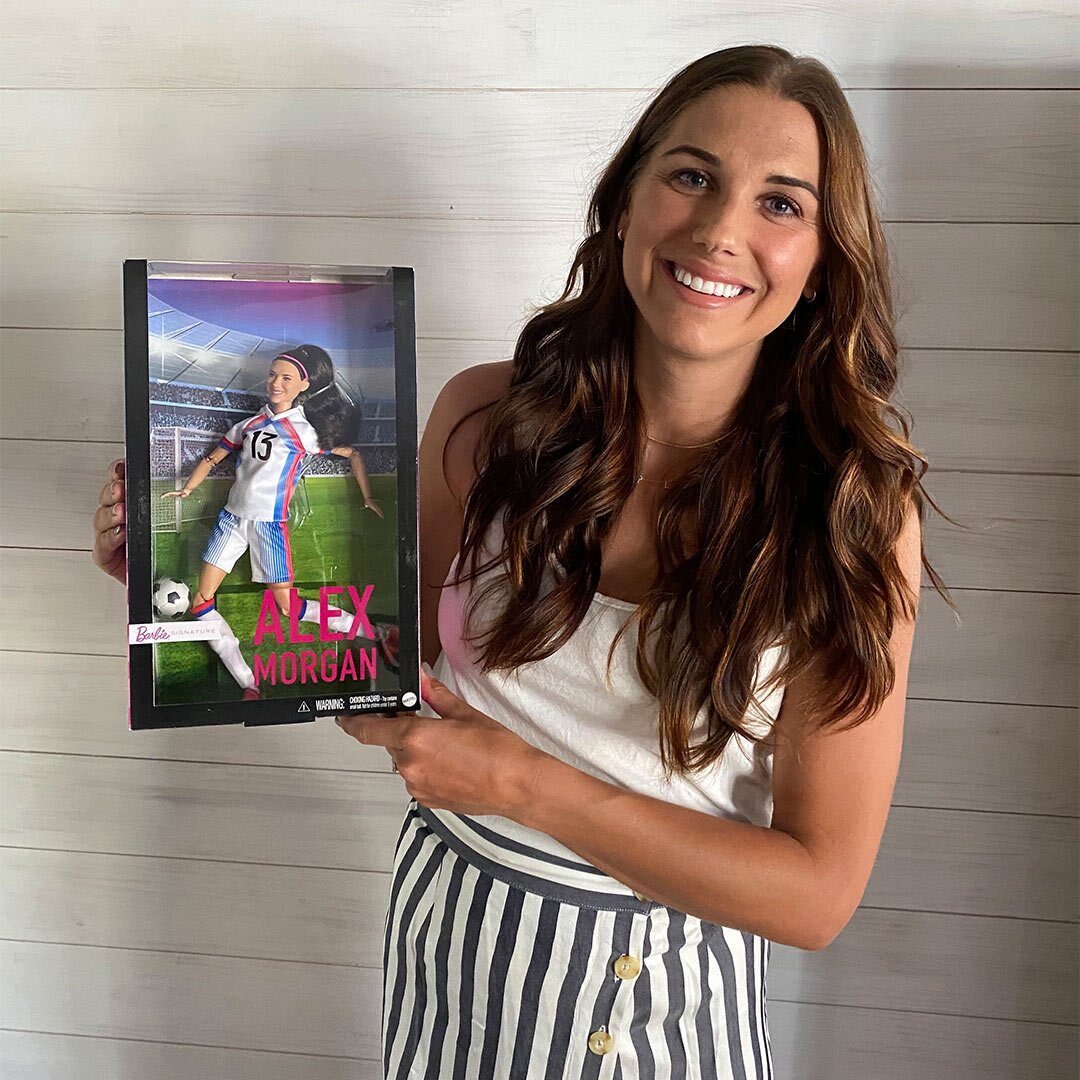 “I was obviously so excited… it’s such an iconic brand, it’s something that every kid plays with,” Alex Morgan says of becoming a Barbie
by Lindsay Kimble

Alex Morgan is a Barbie girl!

The U.S. Women’s National soccer team star is the latest athlete to officially become a Barbie, with a doll officially available in her likeness.

“I was obviously so excited,” Morgan says about her doll during a conversation with Olympic fencer Ibtihaj Muhammad (who is also a Barbie) on PEOPLE’s Instagram Live. “It’s such an iconic brand, it’s something that every kid plays with.”

The Morgan doll is part of Barbie’s Role Model Series, which highlights empowering women. The toy comes in a red, white and blue uniform with Morgan’s name printed on the back of her jersey. She also wears removable cleats and the athlete’s signature pink headband.

Additionally, the doll is posable and comes with its own soccer ball.

“I feel like I worked really hard in helping design this and making it as real as possible,” Morgan, 31, tells Muhammad, before explaining that the process behind creating the doll. She says, “I tried to make it exactly as I would be on the soccer field, and I feel like they completely nailed it.”

In July of last year, as part of the USWNT, Morgan helped lead her teammates (including co-captains Megan Rapinoe and Carli Lloyd) to the United States’ fourth FIFA Women’s World Cup championship.

“I’m so lucky to be able to play a team sport my whole life and learn from these girls and women around me,” Morgan says. 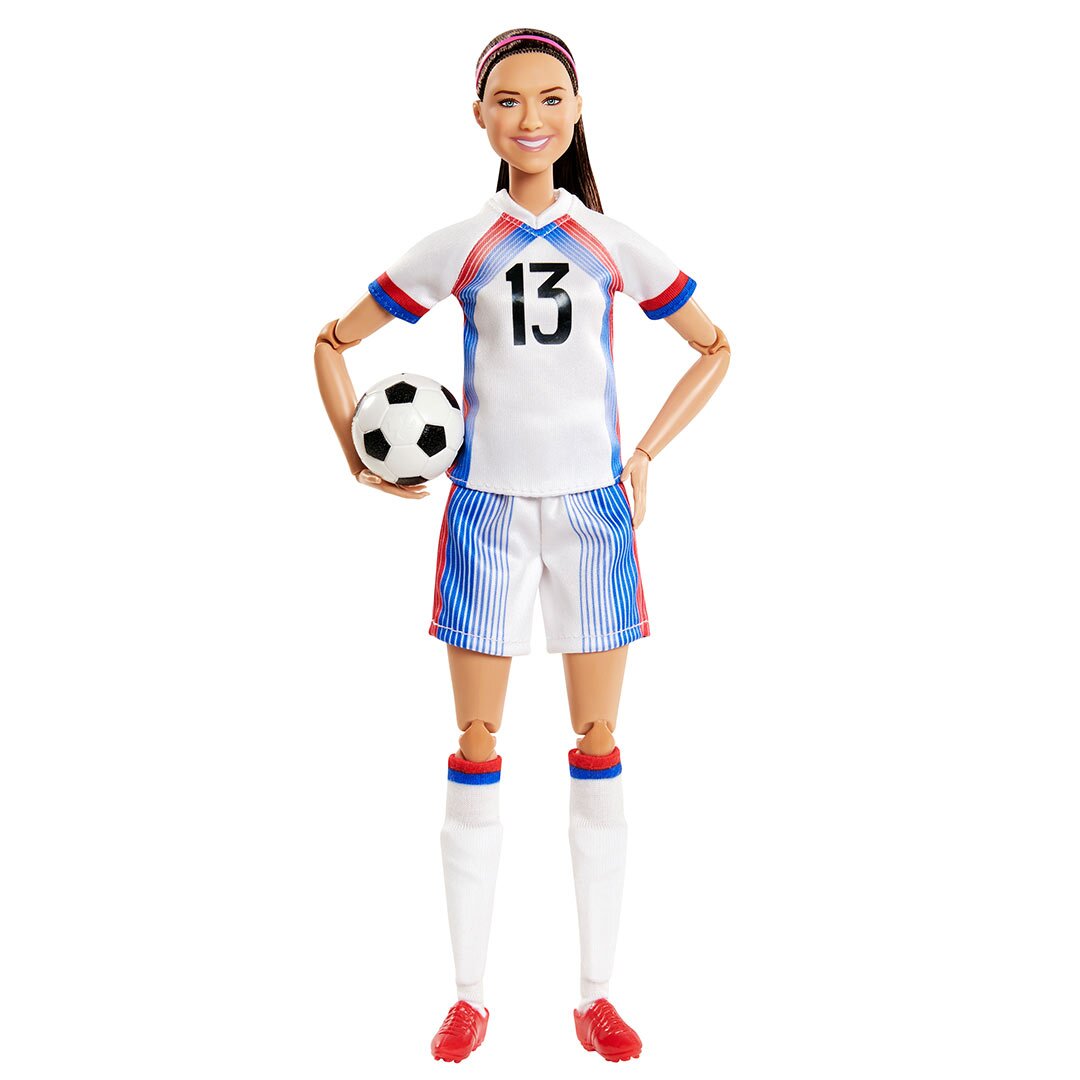 Morgan says it was “so hard” to keep her Barbie news a secret, but is now thrilled to spread the word.

“Just to see what Barbie has been able to do to give us all a platform to give that generation that reality of being the next Alex Morgan, being the next Ibtihaj Muhammad,” Morgan continues.

The doll is currently available on Barbie.com for $29.99.